I’ve now left the centre (letting my thoughts on it percolate before I make a post on it), and I’m now officially doing it, travelling! And holy shit it has already been such an adventure. We decided to wing it from Hua Hin to Bangkok to Chiang Mai to meet two girls taking a plane. Nothing booked in advance (to be fair Rhi my travel buddy did try and I was just in denial about leaving), in the busiest season of the year.

For those unfamiliar with Thailand geography: red dot is Hua Hin, black dot is Bangkok and blue dot is Chaing Mai.
4 of us, Rhi, myself and two Swedish girls from the centre arrived at the train station in Hua Hin at 3 p.m. to be told that the train to Bangkok was full until 1 am. Not thirty seconds after we left the train station (with our tickets), a woman crashed on her motorbike on the road right beside us. Thank god she was wearing a helmet because she rolled over her head and scraped her face. Other than that she seemed okay, mostly shook up and sat on the street crying for a few minutes. After making sure she was okay and had enough people there to help, we went to McDonald’s loaded down with all our bags and sacks and purses to use the wifi.

A good portion of our afternoon was spent running from McDonald’s wifi to the travel agency to the train station back to the travel agency and then back to McDonald’s to figure out alternative routes from Bangkok to Chiang Mai, as train station lady had told us the train was booked up until the 31st. The only thing we learned was that we would have to cross our fingers in Bangkok. Oh, and where the bus station was.

Somehow we spent the next 4.5 hours in McDonald’s on their wifi. This was none of our finest moments. Once we got to the point where we were looking at furniture on ikea, we decided it was time to hit up the night market in Hua Hin, again loaded down with all our bags. The markets are hard enough to get through as just a person, with all our stuff we were bumping into everyone, hitting them accidentally with the shoes on the outside of our bags, basically making friends everywhere.

After we had exhausted the market and eaten some dinner, we wandered back to the train station to await our 3rd class overnight train to Bangkok. 3rd class cabins are rail boxes with seats (generous term to use, more right angle wood lightly covered with cushion and leather) facing each other.

I wish we had go-pro time-lapsed this train ride because we found some elaborate and creative ways to sleep on the train, and somehow we all woke up in a different seat than we started.

In Bangkok we managed to snag 3rd class tickets to Chiang Mai and said bye to the Swedes. 15 hours in the train but only 231 baht (roughly $7 Canadian).

Thankfully the time to kill before our train was uneventful, minus the security guard poking us awake every 20 minutes as we tried to nap in the station shouting “NO SLEEP” and overstaying our welcome at an Internet cafe.

Then it began… 15 hours on a 3rd class cabin box to Chiang Mai. My bag precariously sat on the rack above, and we helped some adorable little Thai guys fit their camping gear on the rack.

Fresh-faced ready for the ride

1.5 hours into the journey, still in Bangkok and felt like we were melting.

Just after picking up the pace and the melting had stopped, a young family with a baby came on the train and didn’t have a seat so Rhi jumped up and offered our seats to them not realizing this is a 14 hour journey not an hour-long city ride in Australia. We tried to squeeze on with da (Thai) boys beside us, forgetting we don’t have Thai booties so that wasn’t going to fly. So the three Thai boys ended up like this:

For 6 hours. All three of them in the same bench because we wanted to be nice. And then they offered us cookies. What cuties.

After 6 hours, 2 bags of chips and too many Oreos, one vulture lady trying to nab the family’s seat and broken conversations with da boys, the family got off and we had our seats back.

The rest of the train ride was a breeze (minus my bag finally giving in and crashing off the rack), and I mean a breeze literally as all windows were open and man, is it cold at night. We were shivering and bundled as much as we could be.

And then finally this glorious moment: 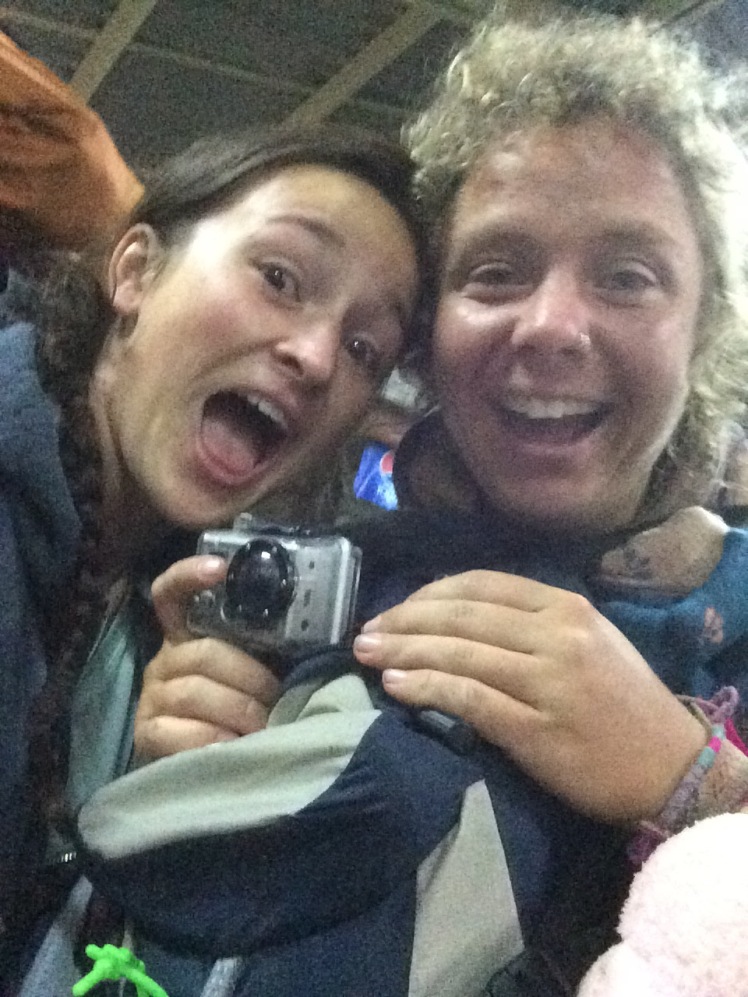 Haggard as hell but finally in Chiang Mai at 4 am with no idea what to do next and not enough sleep to think rationally.

We rocked up to the hostel where the girls were meant to meet us and, go figure, it was closed. Reasonable given it was 4:30 in the morning. After seriously debating sleeping outside it like proper hobos and then wandering around the streets like lost puppies looking for 24 hour hostels, we found our saving grace for the mayhem of this trip: another Internet cafe for us to overstay our welcome.

Actually, the real saving grace of the day was the girls waking up early and letting us use their beds and showers so we could feel like normal people again. And eating a real meal for the first time since 12 pm on Sunday.

Phew. Sounds crazy when I write it all out, and I’ll definitely be laughing about this for a while yet. Once I sleep. It’ll be much funnier once I sleep. In a proper hostel bed, not a human pretzel.

We live and we learn.