I have been saying the same thing over and over again for the last 6 weeks at WFFT every time someone has a bad attitude or complains all the time or doesn’t work hard: this place just isn’t for everyone. We aren’t staying in a 5 star hotel; we wake up at 6 a.m. to feed animals before we feed ourselves and don’t finish until 5 p.m. at the earliest; we sweat like never before and get dirtier than we ever thought we could be. I love it, I’m a huge fan of earning my meals and ice cream, I’m happy to have food and a bed of any comfort level, but not everyone is so keen on it.

So every time complaints start rolling around the centre about bad food, uncomfortable beds, heavy lifting and cold showers, I raise my hands and repeat my mantra: it just isn’t for everyone.

It’s more of this: 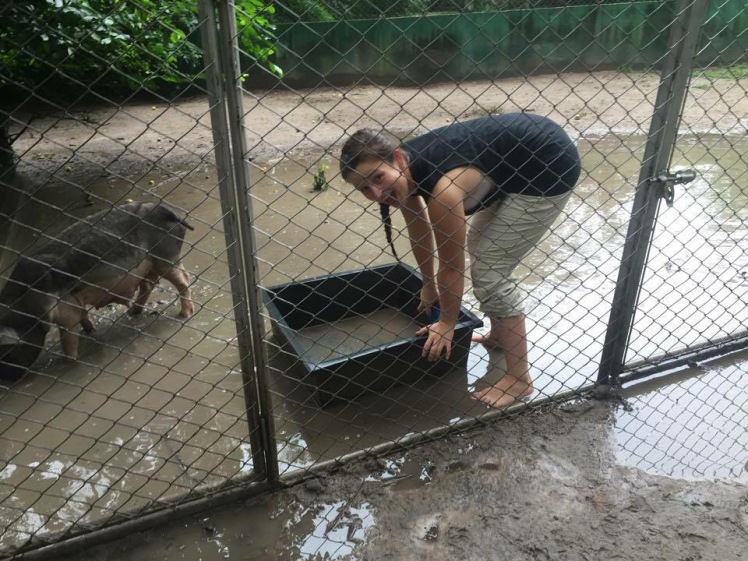 And less of this than most people think: 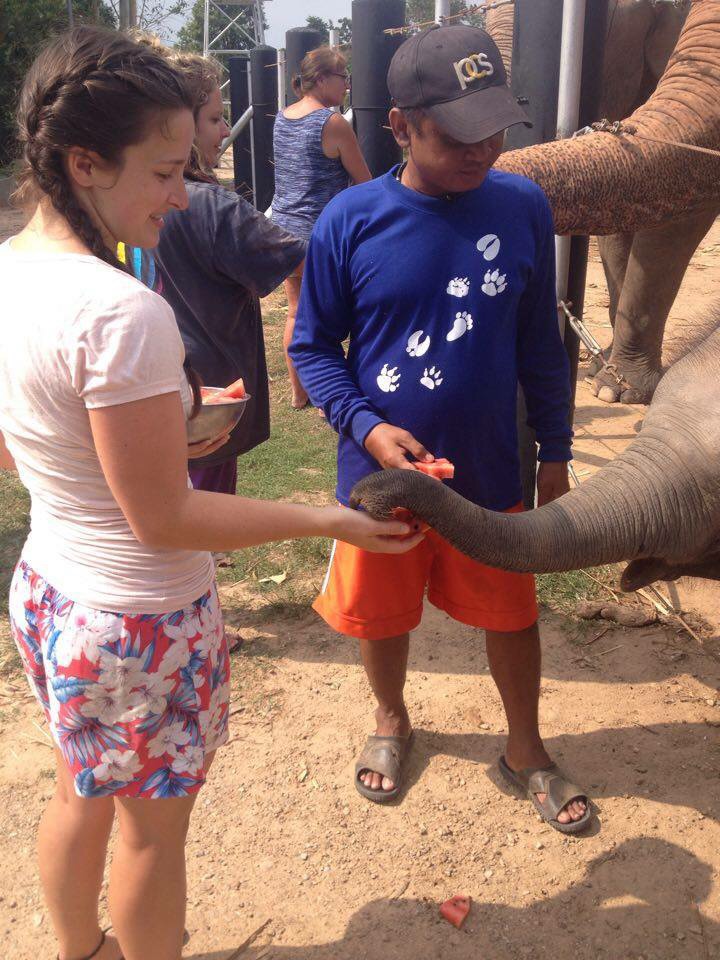 (But everyone please note how happy I look to be scrubbing out pig water and harvesting banana trees and yes, I am feeding a baby elephant here)

Some people know right away that they wouldn’t like it, so they come to tour and admire the elephants that way. Others don’t know it isn’t for them until they get here and don’t enjoy themselves or the work they’re doing. I’m glad for them that they tried it and learned they didn’t like it so they now know a little bit more about themselves than they did before. The only thing that grinds my gears is when those who don’t like it bring others down by calling the living conditions unacceptable or the food inedible. I wish everyone had the ability to see that it may not be for them but it may be for other people.

Like me. This place suits me incredibly well. Here no one cares what they look like. Wearing make up is a rarity, which for someone like me who doesn’t wear makeup anyway, it’s great. Everyone loves animals and seems to have an overall love for the planet. We all sweat and get muddy and pick up poop with our bare hands. The work is hard and some days just aren’t for me but I make a point of staying positive. Like the day I almost fainted from bailing out a pool half the size of a swimming pool (why they didn’t put drains in all the pools is beyond me) and sliced off a sizeable chunk of my fingernail, I bought myself a chocolate Oreo smoothie (hands down the best smoothie flavour here) and told myself that tomorrow would be better.

Maybe it’s different for me because I am here for so long and I can see myself change. I’m actually somewhat strong now. One guy told me I am remarkably strong for such a small person. Hooray. On wildlife we have a food truck every three days, where we unload a big truck laden with at least 10 big burlap sacks of corn, odds and sods of bagged fruit and at least 10 wicker baskets 3 feet in diameter filled to the brim (sometimes beyond the brim) with bananas. 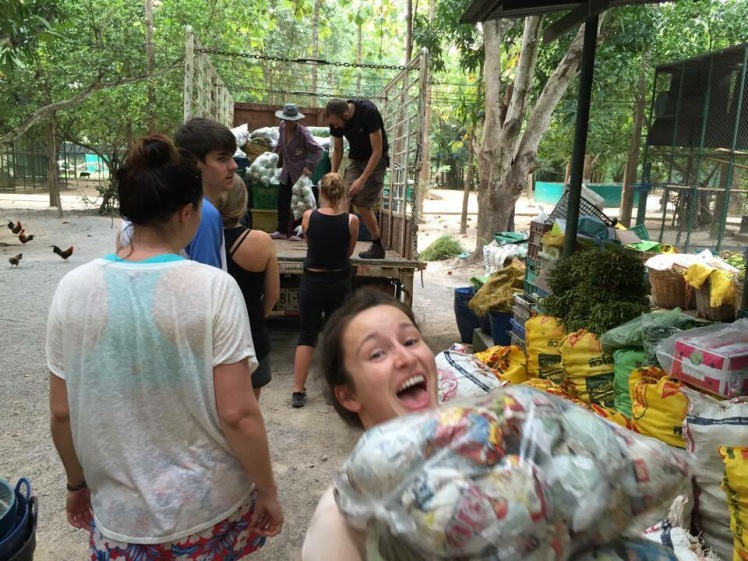 On my first week, I didn’t even touch the banana baskets and struggled with two others on the corn bags. After three weeks I was dual-wielding the corn bags and helping with the banana baskets. Last week (my last week on wildlife), I was up on the truck with the Thai staff dragging all of the food to the end to be offloaded by the others. So I single-handedly moved what’s probably 200 pounds of bananas per basket to the end of the truck. Never have I been so sweaty but I gained the approval of the Thai staff. And #beastmode is my new favourite hashtag. Never have I been such a beast, and I can feel myself getting stronger. As I’m sure you can tell, I’m quite proud of myself. No more little chicken arms for this girl here.

I have discovered a great little niche in which I nestle quite nicely. But I recognize that not everyone fits into it as snugly as I do, just as I don’t fit into certain niches that others do. So I don’t judge those who don’t like it here or who want to leave after 3 days. I’m happy they pushed outside their comfort zones and discovered something they don’t like in the process. It’s healthy and it’s an often overlooked part of learning about yourself, figuring out what you don’t like by trying it first.

I’m now onto elephants! Can’t believe I only have 3 weeks left. Maybe I should start planning the rest of my travels. Or even just start thinking about it.

One thought on “It’s not for everyone, but it’s definitely for me”